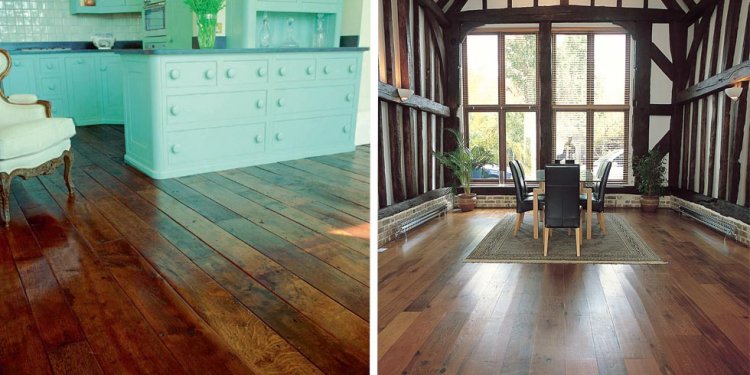 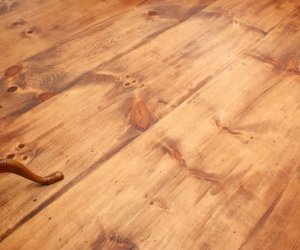 The first floors we milled at Hull Forest Products nearly fifty years ago were, and wide plank pine continues to be one of our best selling wood floors for and other rooms. New England homeowners (and many others with antique, farmhouse, or period inspired homes) love traditional wide pine. There is something about the width and length of the planks, the large sound red knots, and the patina that develops that makes a wide pine floor charming. The floor has an heirloom quality.

Customers often come to us looking for a floor that emulates the look and feel of old pumpkin pine or heart pine at a reasonable price, so we show them how our clients have chosen to finish their floors to mimic the look of an antique floor. See Figure 1 above for an example, and check out our for many others.

Some of you may be familiar with the living history museum, Old Sturbridge Village. They used our wide pine for the floor of their Oliver Wight Tavern Building. If you get a chance to visit there, be sure to check out this floor (shown in Figure 2 below). It is an interesting example as it had no finish applied at all and has been left to weather the heavy public foot traffic in the buff.

We source our flooring grade pine from the historic in Connecticut, harvesting only during the cold winter months so we get the best color retention. We mill our wide pine flooring from logs predominantly twelve feet and longer, selecting for even growth and live red knots. 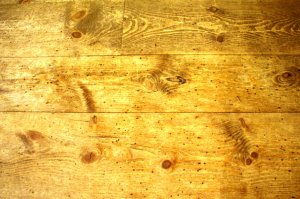 Wide pine flooring lovers are often history buffs, so you may be interested to know that the Eastern White Pine tree played a role in the American Revolution. Because it grows so tall, Eastern White Pine has long been used for the masts of ships, and the British Navy tried to reserve the tallest White Pines in the colonies for the masts of British naval vessels. When an act to this effect was enforced in New Hampshire, it outraged the colonists. Though forbidden to cut “any pine tree of the growth of 12 inches of diameter, ” it became unfashionable to have floorboards in one’s home that were less than 12 inches wide.

In 1772 a sawmill owner in Weare, New Hampshire was arrested and fined when white pine logs with the king’s broad arrow mark were found at his mill. He and a group of about 40 townspeople rioted, attacking the sheriff and his deputy and literally running them out of town in what became known as the . This act of rebellion against British authority was an inspiration for the Boston Tea Party, which took place the following year.

For those of you who appreciate the “story” that boards can tell, see figure 3, below. This is a truly unique pine board with a very old pruning mark that was revealed when the log was sawn. (Thanks to Tom Fletcher in our flooring shop for spotting this.) The flat dark lines at the ends of the knots indicate where the tree was pruned. As you can see, the tree healed quickly and went on to produce clear grain. This board is 24″ wide and comes from a tree with an estimated age of 125-175 years. 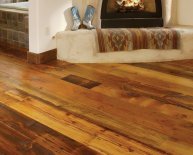 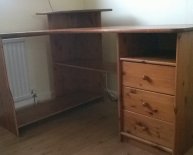 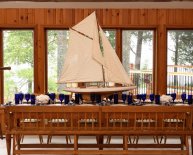