Subsequent to the July 2015 announcement, CPSC and IKEA learned of additional tip-over incidents, including a February 2016 incident in which a 22-month-old boy from Apple Valley, Minn. died when a MALM 6-drawer chest fell on top of him.

Most recently, CPSC has identified and provided to IKEA a fourth report of a fatality that reportedly occurred in September 2011. A 2-year-old boy from Woodbridge, Va. died after an unanchored MALM 3-drawer chest tipped over, and trapped the child between the dresser drawers.

None of the chests or dressers in the above-listed incidents had been anchored to the wall. In addition to the three deaths, IKEA received reports of 41 tip-over incidents involving the MALM chests and dressers, resulting in 17 injuries to children between the ages of 19 months and 10 years old.

The MALM chests and dressers are constructed of particleboard or fiberboard and are white, birch (veneer), medium brown, black-brown, white stained oak (veneer), oak (veneer), pink, turquoise, grey, grey-turquoise, lilac, green, brown stained ash (veneer), and black. A 5-digit supplier number, 4-digit date stamp, IKEA logo, country of origin and “MALM” are printed on the underside of the top panel or inside the side panel.

Since 1996, IKEA chests and dressers have been labeled to identify IKEA, the model name and the manufacturing date.

IKEA also received 41 reports of tip-overs involving chests and dressers other than MALMs, resulting in the deaths of three children and 19 injuries to children:

OTHER RECALLED CHESTS AND DRESSERS 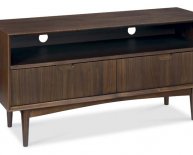 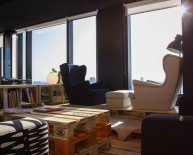