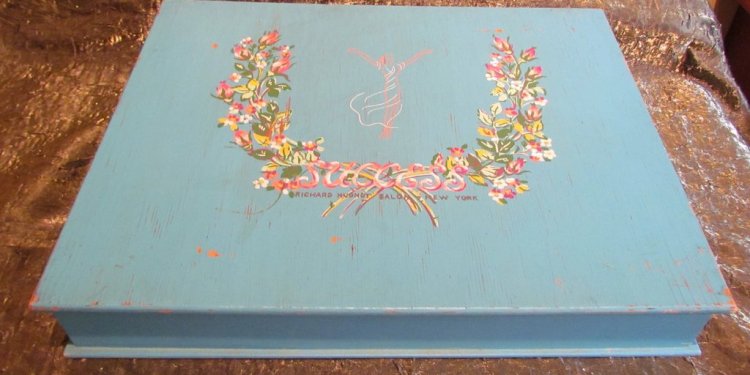 
Here’s a quick guide to some of the most common types of —the total classics, from fall-front bureaus, to Schoolmaster’s desks—and a few of the most popular styles these pieces adopted over their evolution from monasteries to Mad Men-style modern offices. 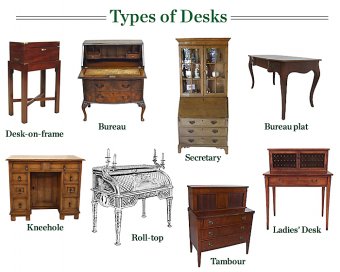 Popular Types of Desks Through History

. The first. The original. The desk that rose to the occasion when literacy spread throughout the world. Desk originated from Bible boxes, the slant-top box used to store the family Bible, which could be closed and used as a writing surface. Add a frame, and you’ve got the first desk. Pictured is a portable variation called a “lap desk, ” and other cousins of the desk-on-frame include Louis XIII-style ecritoires (slant-top desks with a couple of drawers and long legs) and the flip-top Schoolmaster’s Desk, which was popular in the Americas for decades.

Bureau desk. In France, the bureau desk got its name from a traditional swath of dark red fabric that was draped across the top of a desk—in Latin, burrus, for red. Developed during, the bureau added storage space for desks, combining a slanted, fall-front top with a lower chest of drawers. Pull-out slides built in next to the top drawer, or chains, support the top. They often have myriad little pigeonholes, slots and drawers for stashing all manner of paper, pens, and letters, and are named for their front surface: straight-front, serpentine-front, oxbow, block-front, or bowed-front.

. The Latin word for “writer, ” secretarius gives us the title “secretary.” The key to the secretary is the built-in storage up top: it combines a lower, slant-top desk for writing space with upper storage: either two cabinet doors above that conceal shelving, drawers, or a mix of pigeonholes and slots. It married storage and organization with an architectural, built-in quality manifested in a variety of surmounts: bonnet tops, pediments, and broken pediments.

Bureau plat. a.k.a. the writing table. We can credit the French with this pared-down classic. The Rococo-style bureau plat (“flat desk”) is more like a table, with a slender row of drawers, cabriole legs, and serpentine curves. They were definitely status symbols for the aristocracy—beautifully outfitted and dedicated solely to the art of being educated, which was a luxury. Eventually, brought about the straight, tapered lines of Neoclassicism, and the bureau plat either evolved into a galleried desk or a cylinder-top desk that could be closed when not in use.

. This desk developed during the Rococo, with his signature details: block, flat, or serpentine fronts; oversized brass mounts; large ball-and-claw feet; and molded edges. It was a brilliant turn in desk design, making it easier to sit closer to the desk while still accommodating two pedestals with plenty of drawers. The back is either open, or closed—sometimes with a small cabinet built in, like the example pictured. The kneehole desk evolved into larger-scale pedestal desks like the Partner’s desk, and the rotary pedestal desk, which had rotating cylindrical bases that concealed cabinets.

Roll-top desk. a.k.a. the cylinder desk. A variation on both the knee-hole desk and the tambour secretary, the cylinder desk features a solid barrel roll, or a rounded, tambour-style shuttered piece that rolls horizontally into the back of the desk, revealing an upper row of drawers and a flat writing surface.

Tambour desk. The Federal-style tambour secretary, also called a “low secretary, ” is named for its sliding tambour shutters that conceal the upper level of drawers and pigeonholes. They were carefully crafted by applying thin slats of wood vertically to fabric—flexible, yet delicate.

. a.k.a. the bonheur-du-jour, this petite desk on slender legs has a high arcade across the back, and means “good hour of the day, ” referring to a time of day when the pleasure of opening, reading and writing letters took place. With a row of little drawers and sometimes glass-front cabinet doors to display books and fine objects, the bonheur-du-jour was lightweight, small, and easy to move around a room. Originating in France in 1760 but spreading across the Channel, it was also called a “lady’s writing-desk, ” and it was often beautifully inlaid on the front and the back, owing to the fact it wasn’t meant to be pushed up against a wall, but out in the open and admired.

. A pedestal desk to a grander scale, this two-sided beast of a desk was designed to accommodate partners working in banks in England in the 1800s. Stately and impressive, it’s essentially two pedestal desks made into one, with drawers and cupboards on both sides. A hallmark of this desk is its leather-covered top, which could be replaced and prevented scratches.

. The period dominated by the subdued, elegant designs of Thomas Sheraton and George Hepplewhite was a good one for desks. Broadly speaking, neoclassical desks (or Federal style desks, in America) had smooth, straight surfaces (perfect for veneer), tapered legs, brass hardware, and typically had galleries with upper shelves and pigeonholes. Sheraton was a big fan of these little compartments.

Mid-Century Modern. Jumping ahead a bit, the 1950s were great for desk design. Desks became streamlined and modern, with glass tops, slender legs, sleek compartments, and the “floating” look. The “Mainline” desk from a collection of the same name by furniture producer Hooker is one of the MCM era’s most collectible pieces.

. From about 1946 through the 1970s, the sturdy, industrial steel Tanker desk was manufactured in America and set the stage for utilitarian Mid-Century office style. These desks could take a licking, standing up to wear and tear from office workers, teachers, and government officials across the country. Today, these vintage collectibles are getting fresh faces with modern colors and finishes, adding a touch of cool contrast and minimalism to modern decor.

Secrétaire à abattant. a.k.a. the “fall-front desk, ” this cabinet-turned-writing surface employs a drop-front that folds down for writing, and folds up to conceal the drawers behind it. Secrétaire à abattant (flap-front desk) is the French term, usually in or style; Bargueño is the Spanish version, which is almost identical; and a version was even created by the . Their fronts are always totally vertical, and they feature drawers below, and sometimes a stand with tall legs.

Campaign style. Easy to break down, portable, and luxurious, campaign furniture most often refers to the era of British expansion in the 1800s, when military officers had gorgeous furniture made collapsible to take on missions. Georgian, Chippendale, and Victorian styles lent their touches to extremely high-end, portable furniture. Typically made from mahogany or teak, with brass corners, hardware, and leather straps, campaign desks, often have folding, X-frame legs. Smaller versions, called field desks, are more on the utilitarian side, but with the same premise. 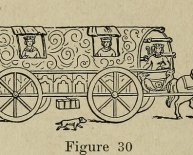 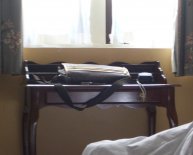 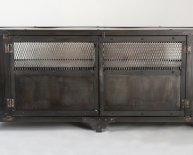